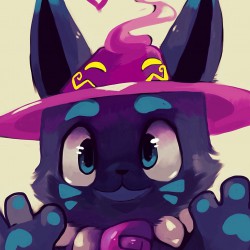 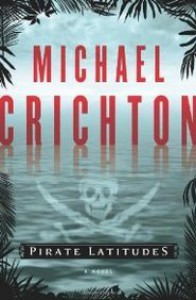 Michael Crichton is a very creative and unique story teller. His works often draws us in and takes us to a world thought impossible but believable. Personally, his stories are some of the factors that forwarded my reading frenzy. Despite his successes, however, of course there will be a few that would fail to meet expectations. And this book was one of them.

Pirate Latitude, what was attempted to be a thrilling piritcal adventure, turned out to be a big swirl of what the F is happening. The entire book was just plain messy.

Lets start with the characters: I could not get attached to them no matter how hard I try. They were so flat that I felt like the author simply researched, put names on the facts and gave an overall summary of their roles. Or once the characters finished their major parts they disappear; then either come back or get killed off in the end. For example, Lady Sarah, she used witchcraft to help a hurricane settle buy it was never mentioned again after...Even the main protagonist, unfortunately, failed to bring out an interesting character. He was so stereotypical; a hard man who had a dark past and likes women,money, and taking chances.  And somehow he comes out alive without doing much... And the antogonists didn't feel like much of a threat either. They were so easily killed off and were forgotten. Cazalla in the beginning seemed very important with the fact he killed Hunter's brother and for his name being known. Yet, had a brief life. Overall, characters were garbage. I guess the only good thing is that you learn how not to write characters... :/

UP NEXT is the plot... It wasn't entirely bad, but it wasn't interesting. As I said before it was more confusing than anything. At first, I assumed the plot was going to be mainly about invading Spanish territory, but as I read on I began to lose my hold on sense of reason. They could have mentioned it but I couldn't remember why they raided Spanish territory in the first place. I understand they wanted treasure but why did James want them to go raid them? Despite the confusion, I kept reading and then I came to the point after the raid. How did a whole port full of crime and people come to submission under Hacklett?? The explanantion was too brief and short to take it in. Sir James Almont got a fever, and then this one man thought, "K imma take this land now. No one can stop me." And no one stopped him??? Like seriously? That easily??? But then his achievement was so easily taken by Hunter by having women saving his mighty arse. I guess being a player do come in handy... But anyways overall, I felt like the hardest part of the journey was going back home. What was supposed to be the main part of the story just seemed too easy. But then again, despite the confusion, I can say it was interesting enough to keep reading. I still wanted to know what happens although I skimmed a few parts... And then came the ending; it was rushed and closed too abruptly. Crichton literally just threw the crew members in the garbage after they have no more use. Atleast, there could have been alittle more detail/explanation to their end or after settling.

My overall point of view: it could have been better. People always say you should show instead of tell. And Michael has been doing a good job when it came to his scifi books. But with genres like these I think he should have stayed away from this type. The character did not have any admirable traits to them and the story was way too confusing. The idea of Spanish vs Pirates sounded excited but was executed very poorly. I would give this book a 1 out of 5, but I had to appreciate his time and effort to write this story and hes one of my favorite authors so its hard to dislike his writings.